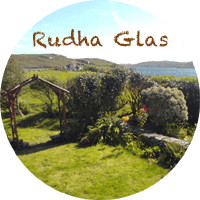 What Planet Are We On? 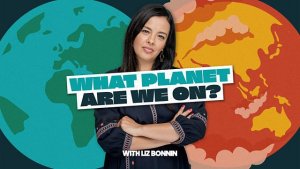 No, this is not a trick question. It’s the name of a new podcast launched just last week on BBC Radio 5, hosted by environmental broadcaster Liz Bonnin.

It was the strapline that caught my attention – this promises not to be simply another podcast about the way humans are mistreating Planet Earth, but one which aims to “[offer] solutions and tips to combat climate change.” Positive actions that individuals can take to turn this crisis around? I was intrigued.

As an introduction to the series, Bonnin says, “We want to unravel the impact we’re having on the world, and what we can all do about it… You’ll hear from experts who’ll cut through the noise for you and arm you with lots of information and tips that can help you to make some meaningful changes to give our planet a helping hand.”

The first episode, optimistically titled “We have to believe it’s possible”, aired on 8 October and featured an interview with Sir David Attenborough (who else?), followed by a conversation with Crystal Chisell, VP of Operations & Engagement at Project Drawdown.

The original launch date was delayed due to COVID-19, so the question Bonnin asked both guests was what impact they feel the coronavirus has had on our battle against the climate crisis this year. Interestingly, the two responses couldn’t have been more polarised. Sir David thinks the pandemic has had a devastating effect on crucial global actions, such as the postponing of COP26, whereas Chisell believes people have received a wake-up call and recognised that business (and life) cannot go on as usual. My own tendency is more towards Chisell’s opinion.

Part 2 of the episode did indeed offer tips and solutions that individuals can take to help tackle the climate crisis. In fact, Chisell offered 10 of them. As well as typical advice such as reducing fossil fuel use, meat and dairy consumption and food waste, I was very taken by some of her other tips, namely:

The podcast comes out every Thursday, which means the second episode is available today. I’ll be following it eagerly and hoping it lives up to its promise of offering solutions and tips to combat climate change. I’m curious as to what else we can be doing to make the world a better place in which to live.

Scroll to Top
We use cookies to ensure that we give you the best experience on our website. If you continue to use this site we will assume that you are happy with it.Ok